Celoxis integrates with many apps using Zapier. Zapier is a cloud-based service that allows you to build powerful integrations between different systems without writing code. For more information, visit their website: zapier.com.

An automation in Zapier is called a zap. A zap connects two apps - a trigger app and an action app. The trigger app notifies the zap about an event and the zap then performs an action in the action app.

A trigger is an event in an app that starts the Zap. Once you set up a Zap, Zapier will monitor the app for that event. For example, if we use the New Project trigger then every time a new project is created in Celoxis the Zap will be started in Zapier.

Following are the Triggers available for Celoxis:

An action is an event that completes the Zap. For example, we have created a Zap which sends an email every time a new project is created in Celoxis. So here, Send Email is the Action event in the Zap.

Following are the Actions available for Celoxis:

We can also check if a Project, Task or Issue is available in Celxis by using the following search Actions:

Below is an example of what a Zap looks like: 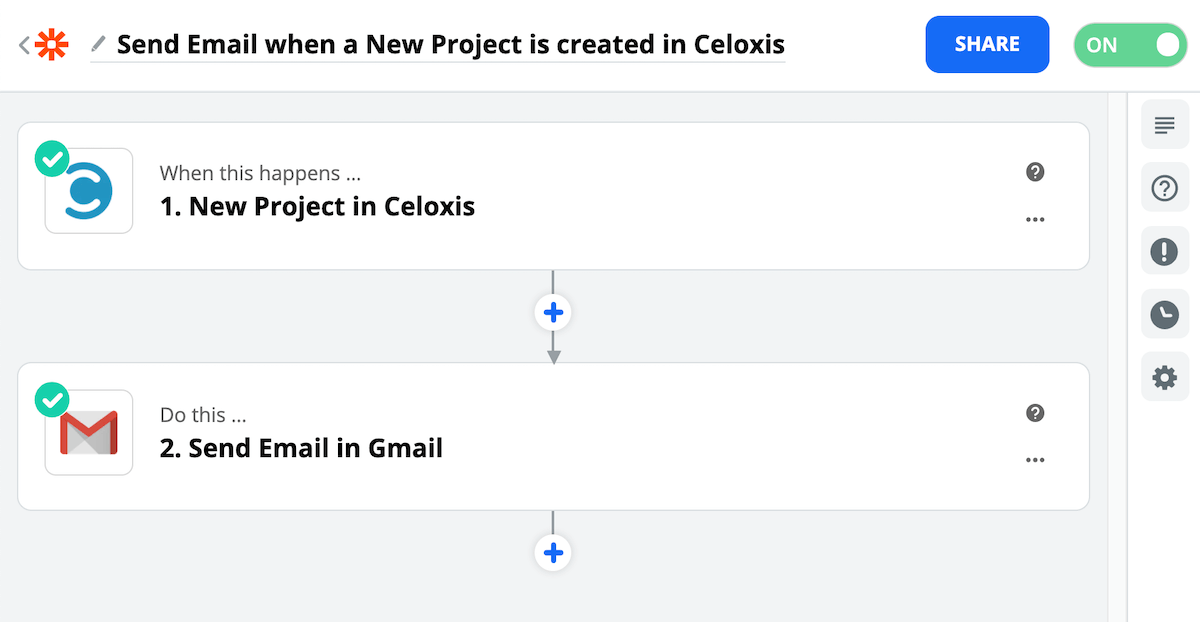 We can add multiple steps to make even more automation in a single Zap. For example, we would like to create an Issue app when a Risk app is closed in Celoxis. This can be set up in three steps: 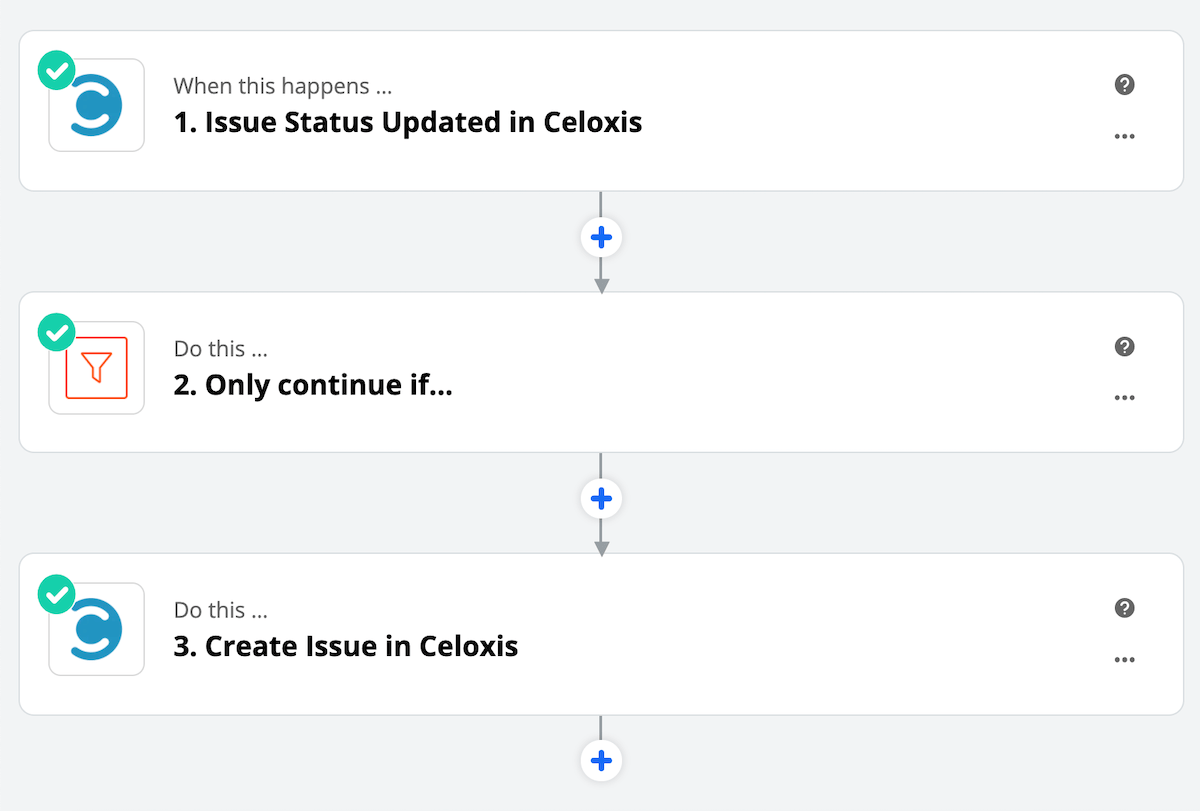 While adding your Celoxis account in Zapier it needs to be authenticated for which you will require your account's API key. To generate your API key go to Top Menu ▸ ▸ Admin ▸ API. You will be required to enter the API key as shown in the image below.

If you regenerate your account's API key in Celoxis then make sure to Reconnect your account in Zapier by using the new API key.