We shall learn about building custom apps through an example. We will build a simple bug tracking application. We shall assume we have two teams: Developers - they fix bugs, and QA (short for Quality Assurance) - they test the fixes by developers. We will to the model the following bug workflow: 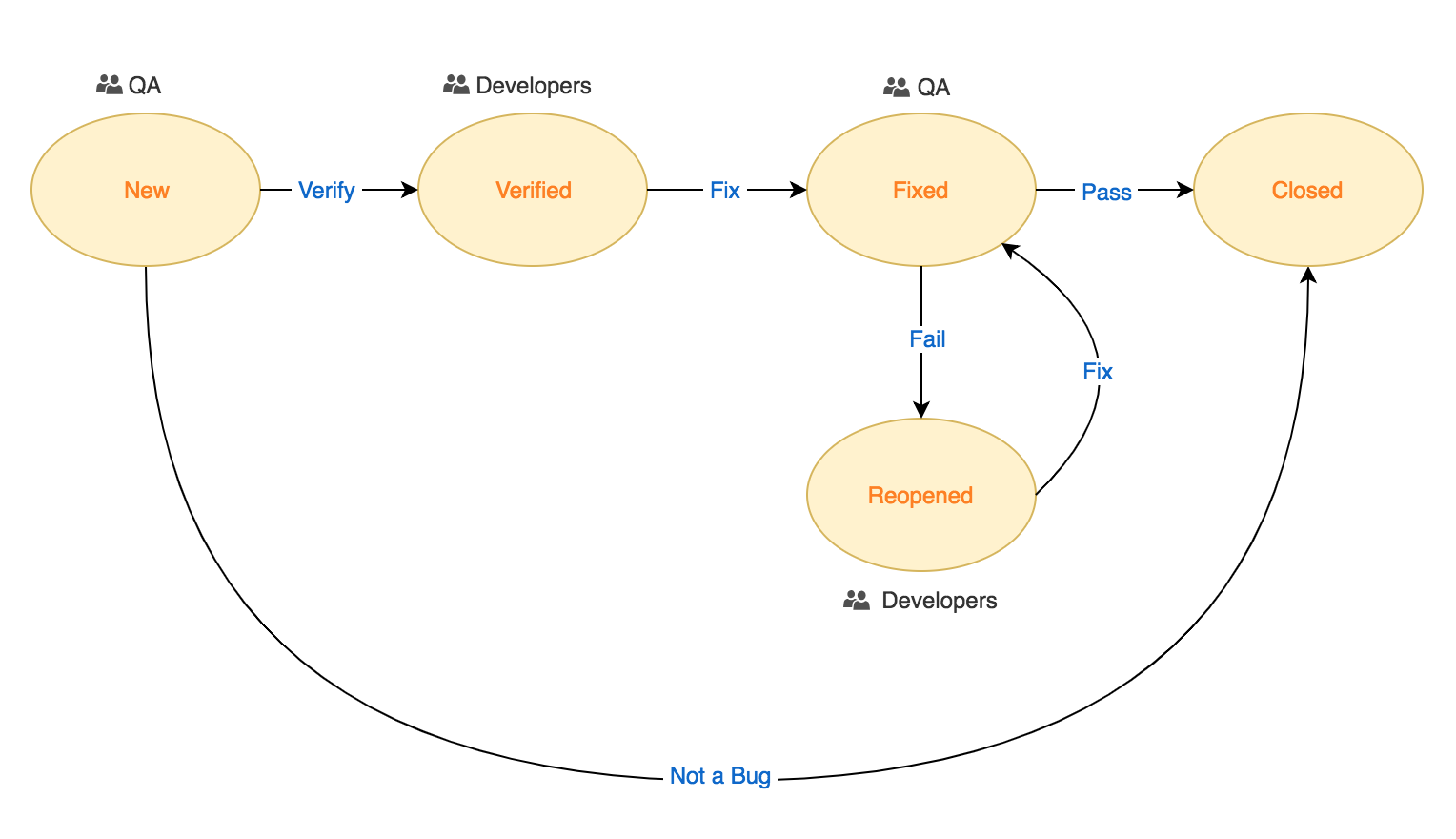 In plain english, the diagram translates to:

Each bubble is represents a stage in the bug life-cycle while each arrow an end-user action. Next to each state we have defined the team responsible for it. Also, note that there is no way for a bug to move from any state directly to any other state e.g. A bug cannot move directly from New to Fixed

We, ourselves use our own bug tracking application but we have a lot more states to indicate whether a test case was present, if documentation was updated, if a test case was added, etc. Similarly you can make the workflow as complex or simple as you like. But for now, let's stick to the simple workflow that we discussed above.

To create an app, go to Top Menu ▸ ▸ Admin ▸ Custom Apps ▸ Apps and click on Add. You will see a form with many tabs. We will cover each tab below.

This tab defines some basic properties of the app. In addition, it also controls certain behaviours of the app.

This tab defines the states of the app. You can also mark the start and end states in the workflow. We have listed all the states in our bug workflow.

This tab defines all the arrows in the workflow diagram. Each arrow represents an end-user action. We shall see more about its usage later on in the documentation. 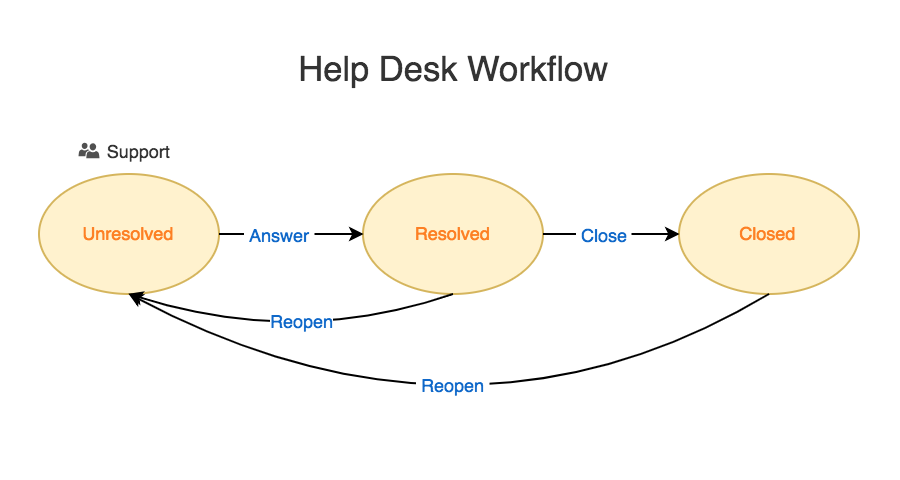 Using triggers you can tell Celoxis to perform state transitions when it receives an email from the requestor.

In our bug tracking app, we don't need any triggers. However, let's take this help desk workflow for example. In case of the help desk app, the requestor will be the person who asked a question. When that person replies via email, we would want the ticket to be automatically moved to the Unresolved state as then it would be brought to the attention of the support team. In other words, we would want the Reopen transitions to happen. In this case, we would be defining our triggers like this:

A state managers is a user who is treated as a Manager when an app is in a particular state. They are notified when things happen to an item in this state. In our example below, Mark is the QA manager, so he is responsible for the New and Fixed states where the QA team is supposed to do work.

We have created a custom app for our bug workflow. In the next chapter we will be adding some custom fields to the bug.